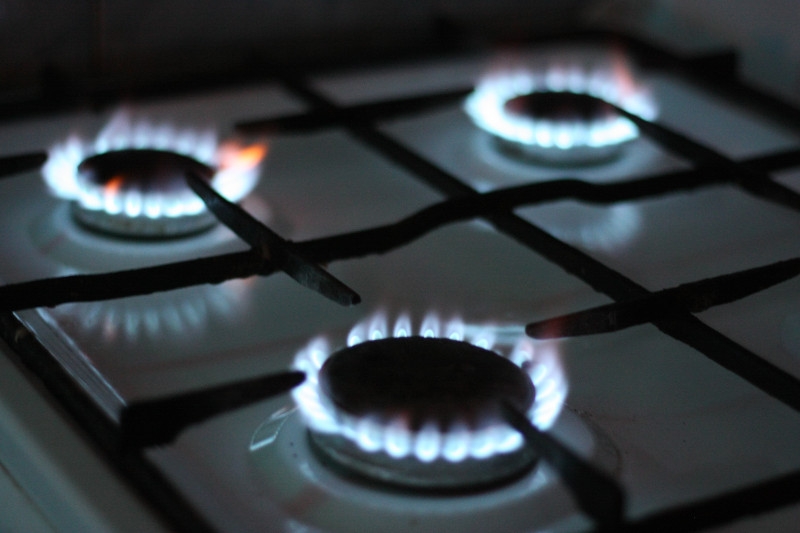 A new peer-reviewed study by Stanford University researchers concludes that natural gas cookstoves have a substantially larger greenhouse gas impact than had previously been understood.

Over a 20-year period, the team found that the natural gas stoves in more than 40 million U.S. homes release the equivalent carbon emissions produced by about half a million vehicles.

Even more shocking, more than three-quarters of the stoves' emissions occurred when they were OFF.

Natural gas is methane (CH4)─a potent greenhouse gas that is 80 times more potent than carbon dioxide. The researchers traced the emissions to small leaks in piping on the home side of the gas meter, and to incomplete combustion on the stove top. In other words, dirty or clogged burner jets on the gas burners were allowing unburned methane to escape into the kitchen, and the atmosphere.

This new research is a bombshell for gas industry spokespeople who have long argued that natural gas cooking contributes almost nothing to climate change.

The researchers also added to the substantial research on the indoor air quality impacts of gas stoves. They confirmed that gas stoves release harmful levels of health-damaging air pollutants that can trigger respiratory diseases, namely nitrogen oxides (NOx). (We link to some of those studies here.)

"Our data suggest that families who don’t use their range hoods or who have poor ventilation can surpass the [United States EPA] 1-hour national standard of NO2 (100 ppb) within a few minutes of stove usage, particularly in smaller kitchens."

The team found NO2 concentrations of 100 ppb are regularly exceeded if stoves are used without adequate indoor ventilation, either because the exhaust hood is underpowered or the resident doesn't turn it on.

In short, it's time to either place health warning labels on natural gas stoves or take them off the market. If you have one today, consider switching up your kitchen to an all-electric induction cooktop.

The planet and your lungs will thank you!